Dissemination of unbiased scientific information from detailed experiments is of paramount importance to CLEAR and its affiliates. Research efforts and products are designed to inform the public, private, and government sectors about new findings on environmental analysis and remediation technologies related to studying and ameliorating potential problems associated with industrial processes. Any questions regarding research efforts and products can be directed to Prof. Kevin Schug, CLEAR Director kschug@uta.edu

Since initial sampling in December 2012, unconventional oil and gas extraction in the region around a series of approximately 40 water wells has increased substantially. 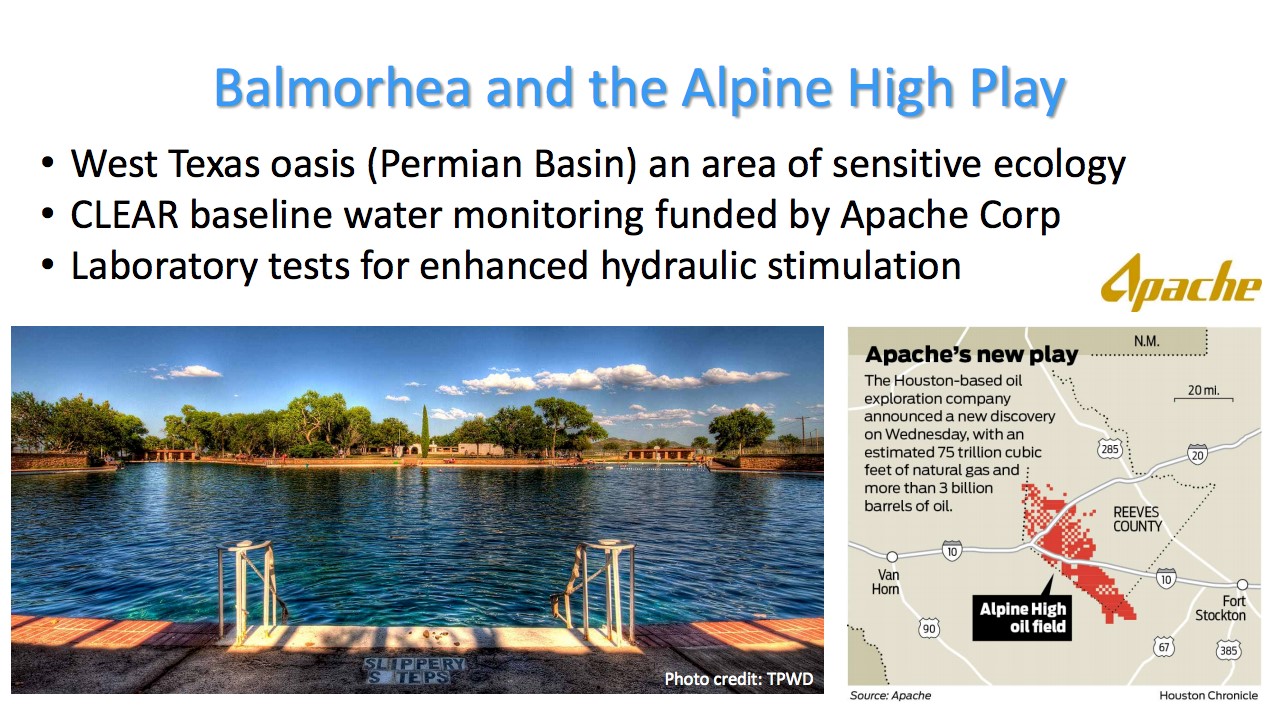 CLEAR has completed an initial time course investigation on the potential impact of unconventional oil extraction on groundwater quality in the Cline shale of west Texas. Approximately 40 water wells were sampled prior to, during, and after the onset of unconventional drilling and hydraulic stimulation. This represents the first comprehensive time course investigation. This work was supported by The University of Texas at Arlington Press Release:

Characterizing bacterial populations in a variety of groundwater samples.

CLEAR takes a comprehensive view of water quality analysis. Recently, new tests have shown that populations of bacteria can be altered in conjunction with chemical contamination of water supplies. This is a very new development in an understudied area of research. Our working hypothesis is that the presence of chemical constituents can upset the natural balance of microbial communities, enabling the grow of bacteria, which in some cases, could be more deleterious than the chemicals themselves with respect to human exposure. We are currently drafting our first manuscript on this topic for peer review. Featured will be our use of both mass spectrometric and biochemical methods for characterizing bacterial populations in a variety of groundwater samples. 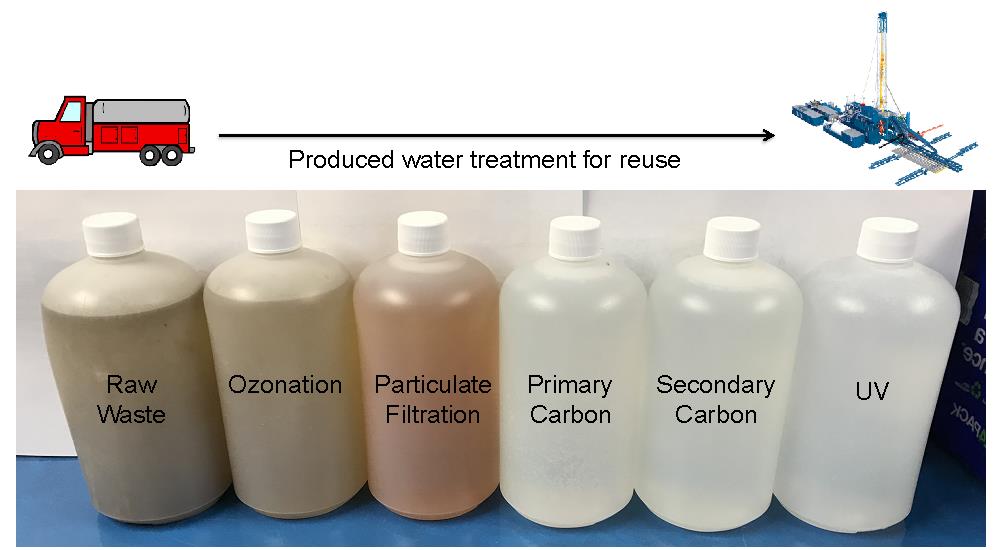 The extraction of petroleum hydrocarbons, particularly from impermeable strata like shale, is an inherently thirsty process. It requires millions (and sometimes tens of millions) of gallons of water to stimulate a single production well. Couple this need with the feverish pace at which oil and gas production is expanding across the epicenter of shale energy extraction (far West Texas and eastern New Mexico,) and it is easy to see the concerns about water resource management.

Unconventional oil and natural gas extraction processes yield an incredible amount of wastewater. In the Permian basin, as many as 2 to 6 barrels of wastewater are collected for every barrel of oil. This is where the story of shale energy extraction and the quest for domestic energy security becomes a tale of tremendous responsibility and opportunity.

The bad news is that the systematic use of underground injection wells, known in the industry as SWD (salt water disposal) wells, has been linked to induced seismicity in several shale basins in the U.S. These induced earthquakes can damage property, thus potentially triggering a new wave of litigation for energy companies.

Equally problematic is the simple fact that pumping these large volumes of wastewater into the subsurface strata essentially removes that water from the water cycle. This may not be an emergency issue today in the U.S., but water management could become a pertinent topic in the very near future as the U.S. rig count rises.

Now for the good news. Despite being laden with chemicals additives, metal contaminants, high levels of salt, troublesome bacterial communities, and sometimes naturally occurring radioactive materials, the wastewater from shale energy extraction can be treated and recycled for reuse in the industry.

Our research group, the Collaborative Laboratories for Environmental Analysis and Remediation at the University of Texas Arlington, has studied this extensively under some of the most complex and diverse field conditions. We found that multiple treatment technologies are required to remove the biogeochemical contaminants that generally preclude oilfield waste from reuse.

We have also discovered that this multifaceted treatment process can be performed at a cost that is economically favorable for oil and gas operators, while also reducing the amount of trucking that is required to move large amounts of fresh water and wastewater to and from a production site.

Furthermore, according to the Natural Resource Code of Texas, when oilfield waste is transferred from an operator to a recycling or treatment company, that waste becomes the property of the recycler and so too is the liability. Upon transferring produced water to a recycler, the oil and gas operator is no longer liable for any surface spills or the mismanagement of the waste.

Collectively, recycling oilfield waste can reduce the reliance on fresh water, reduce the occurrence of injection well-induced earthquakes, reduce the stress imparted on our roadways, all while saving operators money and reducing their liability. However, is this enough of an impetus for an old dog to want to learn new tricks? This is where the opportunity gets very interesting.

Rather serendipitously, the natural richness of oilfield wastewater offers opportunities to extract precious elements during the recycling process. For example, in many shale energy basins, the wastewater that is generated during production (known as produced water) can exhibit extremely high levels of lithium, iron and cobalt. These metals are of critical importance to the production of lithium-ion batteries, amongst other things.

Recycling produced water could provide a source of revenue as the extracted metals could be sold to battery manufacturers. There are also niche companies that can transform highly saline produced waters into hydrochloric acid, magnesium hydroxide, caustic agents and other useful industrial chemicals.

Collectively, the benefits of recycling produced oilfield waste are growing, as are the incentives. This relatively new paradigm represents a significant opportunity within the oil and gas industry to champion environmental stewardship, all while reducing overhead costs associated with water management and potential liability. As featured in the Dallas Morning News.